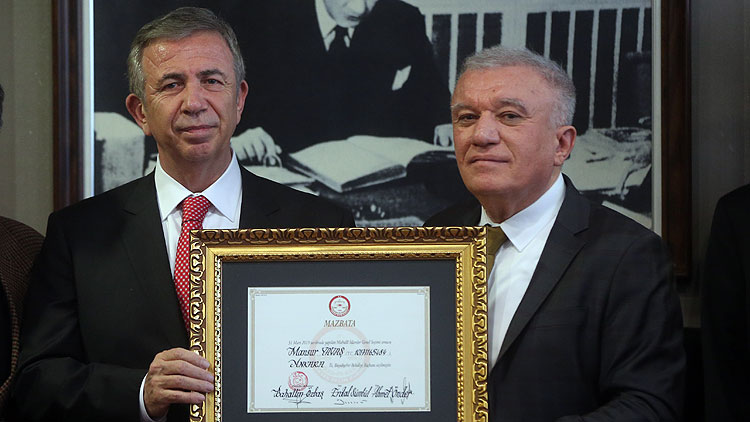 In the 31 March local elections Mansur Yavaş was elected as the Mayor of Ankara Metropolitan Municipality. He took office on April 8, 2019 after the handover ceremony in municipality. In the morning , he  prayed  at Hacı Bayram Mosque then he went to the Ankara Courthouse with his family to take the certificate of achievement in elections. As a first message  he said that :”The elections are over from now on we would try to serve everyone by embracing each other. We will be fair during our mission.”